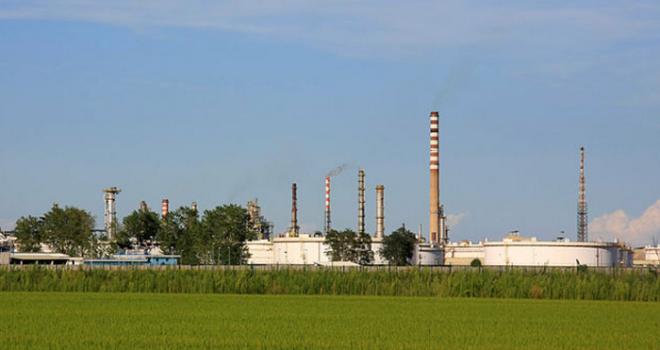 Since 2012, FAST has been involved in a complex, ambitious project, revamping the load shedding and supervision system of the main power grid at the Sannazzaro de’ Burgondi Refinery located in the south-western area of the Po Valley, one of the largest and most efficient refineries in Europe which mainly supplies the markets of northern Italy and Switzerland.

One of the objectives of the intervention, which FAST carried out in several steps, was replacing the Siemens Simatic S5 PLCs with Simatic S7 models, interfacing with the DCS system and the intelligent protection systems installed on the MV switchgears and converting the 2 LANs. FAST contributed to the development of a control system able to provide supervision and remote control for the equipment and busbar switching on the MV switchgear; the reacceleration of the MV motors, the synchronised closing of the generating units and the power plant switches, the regulation of energy production and management of the main transformers. Via a dedicated LAN, it completed the upgrade of the Load Shedder, incorporating a PLC that works as a coordinator with the remaining PLCs as actuators (for the electrical room, machines etc.). Finally, it dealt with SOE implementation for the acquisition of digital signals from the MV switchgears, with a sampling time of less than 20ms, synchronising the PLCs via the LAN using a Clock Master system.

Each FAST intervention was followed by a thorough check, ensuring system compliance with the project, with a competent testing and commissioning service.

FAST put the skills acquired in more than 30 years of experience into practice, dealing with various critical issues that the system presented, such as the need to operate on multiple software platforms, to configure different communication protocols and to operate with the system running, an activity that implies replacing the PLCs on the fly, without any interruption to service. Another challenge for Fast, from the replacement of the first PLC through to the completion of the project, was the presence of a mixed S5/S7 system and the consequent sharing of networks between different generation systems.

FAST overcame the difficulties inherent in the type of intervention, carrying out the project successfully and confirming its competence and professionalism in the field of automation, supervision and process control.