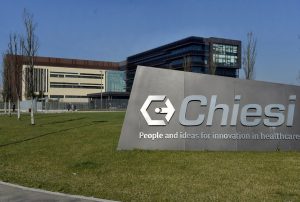 FAST began working alongside Chiesi Farmaceutici in 2007, modifying the software on the existing DCS Emerson DeltaV system dedicated to pMDI (Aerosol Spray) production process control. In 2008, FAST was commissioned to install the DCS Emerson DeltaV control system, write and test the software, prepare all documentation in accordance with ISPE GAMP guidelines and provide assistance for both commissioning and validation activities.

In the years that followed, FAST intervened several times, implementing updates and improvements to the DCS software configuration and supporting various Customer projects.

In 2011, Chiesi Farmaceutici set up its own Research Centre in Parma; a modern, functional structure in which most of the development activities supporting group expansion are concentrated.

An automatic control system was incorporated into the research centre. It was flexible in order to adapt to the needs of the development studios and was also capable of controlling system operations and collecting and tracing data to ensure effective interaction with the research team.

Thanks to the collaboration with the engineering company (Jacobs) and Emerson Automation Solutions, to which Chiesi entrusted the task of supplying and installing the automation system, FAST was involved as a DCS integrator for the management of two departments within the Centre: the Chemical Synthesis laboratory and the pilot department for pMDI (Aerosol Spray).

The project was carried out in two stages: 2011 for the Chemical Synthesis department and 2012 for the pMDI department. FAST followed the project from the very beginning in close collaboration with the contractor of the Emerson Automation Solutions automation system. FAST dealt with both the electrical design and the software configuration, issuing of all the documentation necessary for the project to be carried out in accordance with GMP regulations.

Once the electrical design had been completed and approval received from the Customer, FAST started building the control panels at its own workshops and also began implementing the control software. The software configuration was developed following the S88 standard, GMP rules and the libraries agreed upon and approved by the Customer.

FAST was also responsible for installing the control panels in the system, for the instrumental and control network and later for installing the servers and operator stations. FAST carried out software tests and functional tests for each device, connecting and integrating them into the DCS system logics by means of various communication protocols (Modbus, Profibus, OPC).

On the basis of the trust granted and earned over the course of the projects carried out, in the years that followed, the collaboration with Chiesi Farmaceutici continued, also including after-sales services. FAST has always been attentive to customer needs, also capable of adapting to a regulated context such as the pharmaceutical industry, which is always growing, dynamic and evolving.