A daunting challenge that puts FAST together with some outstanding Italian companies to deal with the Covid-19 emergency.

Siare Engineering, with its 35 employees, has been designing and producing electromedical equipment for over 45 years and is the only company in Italy that produces lung ventilators.

FCA and Ferrari need no introduction: world giants whose drive and support have been essential to this project.

The FAST Group has been building automation and process control systems for every type of industry for more than 35 years and FCA is one of its clients. Today, proud to be part of this project, they are contributing their software and know-how to saving lives.

A civil and moral duty that has seen these three companies work, 7 days a week, day and night, to make the impossible possible.

In just a few short weeks, they had to increase lung ventilator production by more than 150%.

At the start of the pandemic, Italy’s Prime Minister, Giuseppe Conte, asked Siare Engineering to increase its monthly production of lung ventilators.

In just a few weeks, they had to increase lung ventilator production by more than 150%: from 180 to 500 units.

This was quite a daunting challenge because, due to the highly technological nature of the unit, and the need for the utmost quality, additional highly specialised personnel were required. At the same time, the technical means had to be put in place (production lines, tools, etc.) which, in the extremely limited time afforded by the emergency, would make this project a success.

The Italian army immediately made numerous expert military engineers available who were already working on the production of fire-control systems, missiles, bullets, etc..

Furthermore, FCA and Ferrari responded to the appeal by converting their production lines and starting to produce the components needed to assemble the ventilators. FCA then asked the FAST Group for help in creating – in record time – MES software to optimise and track production.

The FAST Group took to the field and assigned their best engineers who, despite the operating restrictions imposed by the situation, and working in close collaboration with the FCA engineers, managed to write the software, the communication protocols, the HMI interfaces, the product traceability and everything else needed to achieve the objective in just a few days.

The FAST Group’s response to the emergency

The problem lay in the production time needed to make a ventilator, which, for each line, had to be reduced by at least 30-35%.

Software had to be written, therefore, that could not only optimise times but compress them in order to achieve a more streamlined, faster procedure (the time factor in this emergency being reflected dramatically in people’s lives).

Through a virtual dashboard, the software guides the operator, step by step, through the testing process. An automatic sequence, managed by the software, controls the valves and reads their flow rates, checking that they fall within the pre-set ranges. If anomalous values are detected, the software signals the operator who can intervene mechanically on the valves.

Although the software integrates other important functions, not the least of which is the traceability of all the process data, crucially, it automates the testing process thereby significantly reducing the time needed.

It took just a few days for the software to be released: on 6 April 2020, under the supervision of the software built by FAST, FCA brought out its own valve devices for Siare lung ventilators.

The common goal: to give oxygen and hope to those who, right now, are fighting for their lives and with whom we stand in solidarity. 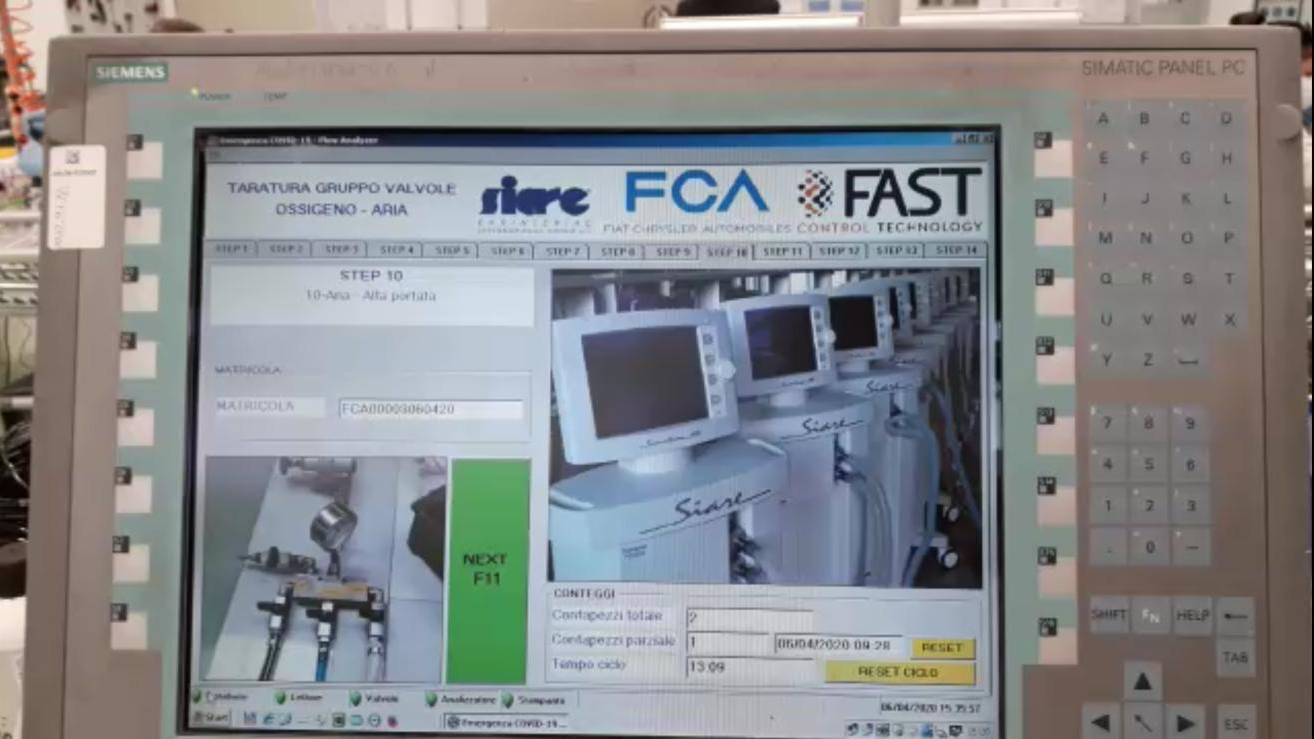 The FAST Group thanks both FCA and Siare for their trust.

This difficult and critical challenge has made the FAST Group immensely proud of its team and their know-how which, today more than ever, is available to the community to help save lives.

Lift up your hearts! 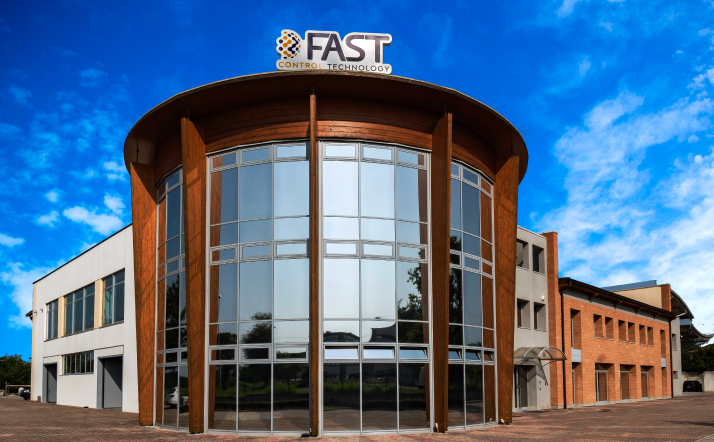